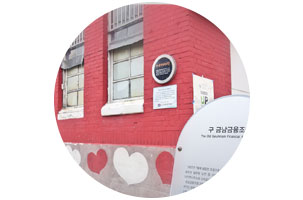 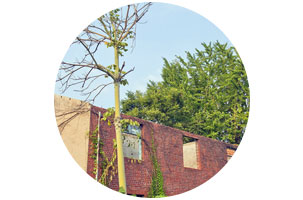 Tis factory was built by a Japanese man named Senga in the 1910s and was the only silk yarn factory in Naju. Naju featured the biggest silkworm farm in South Jeolla Province. The factory built by the Japanese continued operating even after independence, but after synthetic fiber appeared in the 1980s it slowly fell into disuse and was shut down. In 2014, the ‘NAVi (羅飛) Center’ (Naju Art Vision Center) was opened by the government’s project for supporting the culture of failed industrial facilities and it was reborn as a culture and art center. Its name also means “emerging Naju” in Chinese characters. 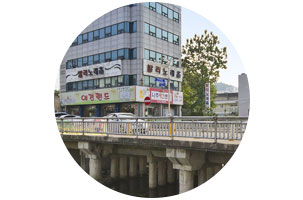 In 1912 at a central point between Gwangju and Mokpo a highway was laid that connected the Naju Eupseong Fortress from east to south and a bridge was also built. The Guemseong Bridge has been maintained from that time and was expanded into its current form in 1982. According to one report there was a stone bridge in the Joseon Dynasty and the Japanese built a new bridge over it and named it the Guemseong Bridge. 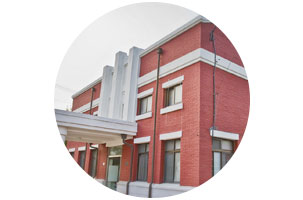 The Naju police station is one of the typical colonial buildings built during the Japanese colonial era. It appears Japan built the police station along the only path to Naju from Mokpo or Yeongsanpo that also served as its busiest street to display its power. The Naju Police station is forever stained with the blood and tears of the people of the national liberation movement. 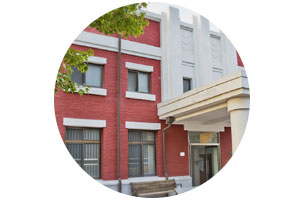 There was a democratic movement in Gwangju in May, 1980. People in Naju actively began participating in the Gwangju democratic movement on May 19th after they heard the news of the army massacring Gwangju citizens. They broke into the armory of the Naju Police Station, the Yeonggang police substation and the headquarters of the reserve forces to support the citizen militia against the army. They also attracted people to join the movement and gave impetus to the movement’s spread over Southwest Jeolla Province. 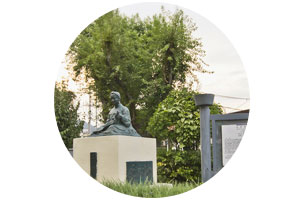 In 1657 (the 8th year of King Hyojong’s reign), the Najugeojin army division was reformed as the Jeolla Uyeong division. The general was named Uyeongjang and assigned command over an army comprised of residents from 5 mok, 2 geun, and 5 hyeon. The position of Uyeongjang had enormous power in that it also served as the chief prosecutor. There are no remains of the headquarters now except for some foundation stones that were moved to the Naju Catholic Church to be displayed in commemoration of martyrs. 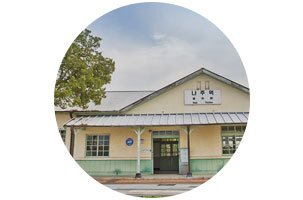 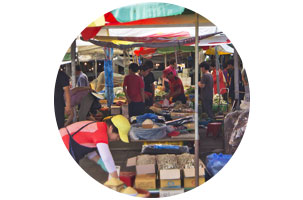 Naju was the cradle of the jangsi tradition. Jangsi refers to a private market opened every 5 days in the Joseon Dynasty. Jangsi started in Naju due to its increasing agricultural productivity. There was also the growing need for a means to exchange goods as the division of labor was expanding. The best place to meet these demands was Naju, which could be accessed in all directions via the Yeongsan River. Normally five-day interval markets opened where there was a lack of a permanent marketplace, but Naju had both a permanent marketplace and this interval market, so it was a vibrant town that enjoyed both dynamism and stability. 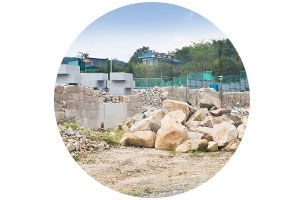 Naju Eupseong Fortress had four gates in the east, west, south and north. The gates were called Dongjum, Seoseong, Namgo and Bukmang. Bukmang Gate of Naju Eupseong Fortress was normally used as an entrance by people from the north. It was a one-story gate, unlike the east and south gates. The gates were restored in order, starting in the south and then moving to the east and west. The north gate is also being excavated and studied for the sake of restoration.